By March, India witnesses receding winters and the onset of spring brings with it the festival of colours (i.e. – Holi). It is by far one of the quirkiest and the most fun festivals in India. This is where people of all generations play with water and dry colours in the streets and have a great time. If you are planning a trip around this time, then you must time it well, so that you end up visiting India during Holi Festival. It is so exciting and fun that many places in the western world have also copied it.

Read this article to understand why, when, where and how this festival of colours – Holi is celebrated. This will help you to make the best of your time. If you are planning visiting India during Holi festival, India Someday can Plan Your Trip, so you end up celebrating it in the right spot.

Holi is usually celebrated in March. You can read about the weather in India in February and March. 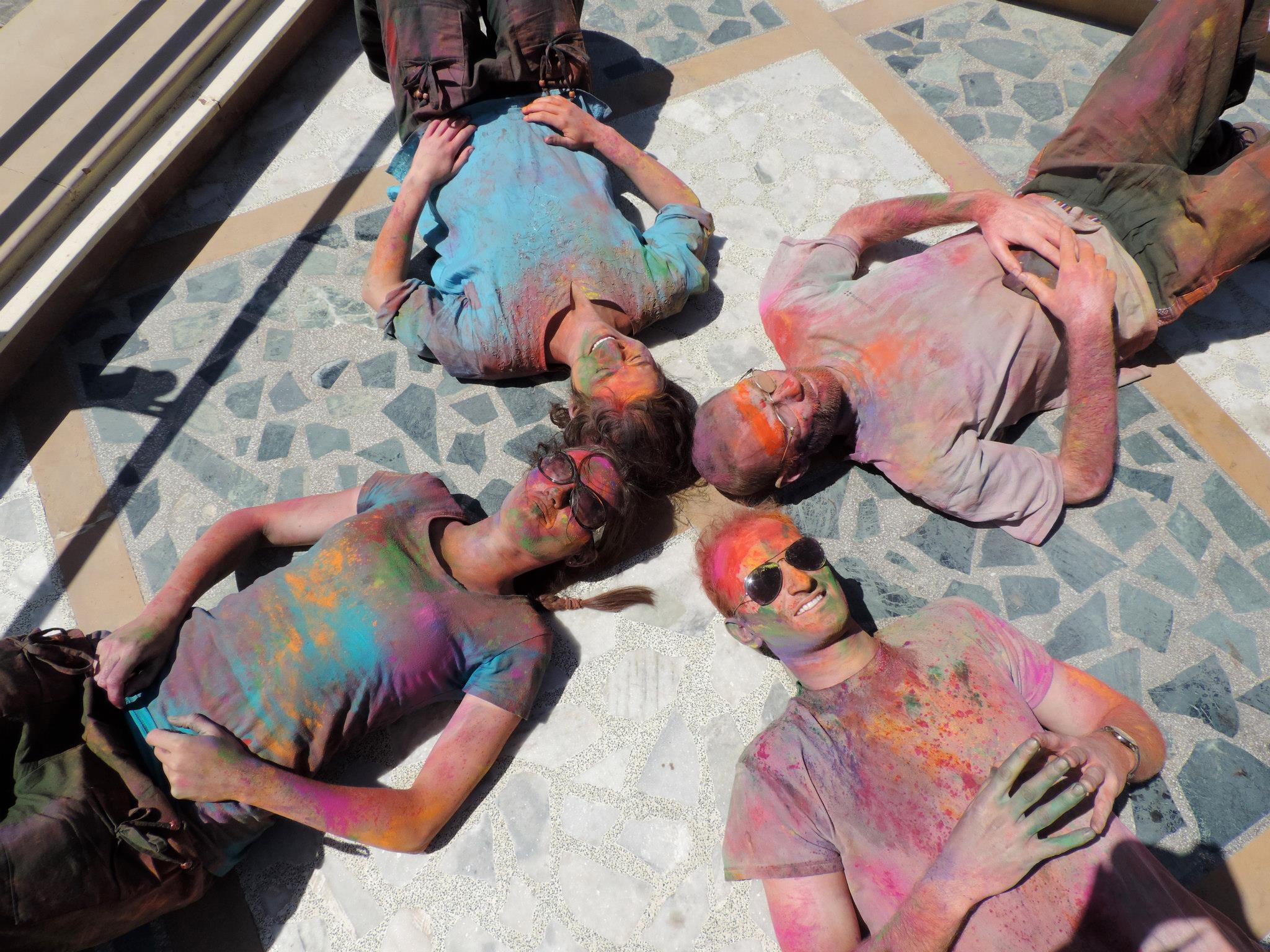 Visiting India during holi festival (Why?)

The festival is based on a mythological tale about the good God Vishnu and his rival, the evil King Hiranyakashipu – try to pronounce that! The evil king’s son Prahlad didn’t want to be a part of his father’s gruesome game and followed God Vishnu instead. Therefore, Hiranyakashipu sent his sister Holika to kill him. The aunt got her badass fireproof sari and took the boy into her lap and climbed a pyre. She was hoping to survive while her nephew would burn to death. However, when the pyre was set ablaze, Prahlad remained safe while Holika’s body went up in flames. This showcases the triumph of good over evil and Indians celebrate this sentiment each year by burning the Holi pyre one day prior to Holi.

According to a legend, the deity Krishna who had blue-coloured skin wanted to get the attention of the fair-skinned Radha. In order to do so, he put dry colours on her face. Fortunately, the trick worked and they lived happily ever after! Therefore, Holi is also seen as the festival of love and is often used in Bollywood movies as a romantic scene where you see a hero flirt with the heroine.

Some people even say Holi is a simple celebration of the end of winter and beginning of spring. A thanksgiving for a good harvest or a reason to meet friends, flirt with girls and just have fun! 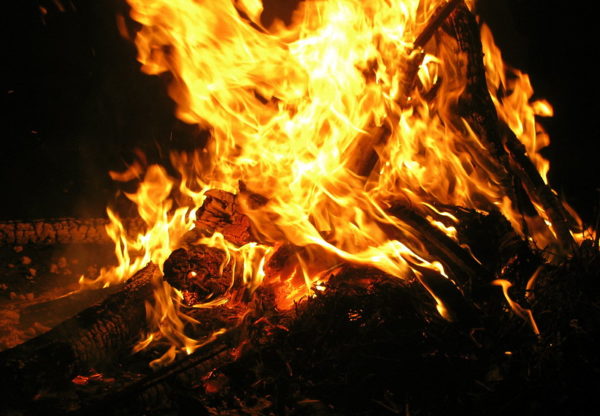 Visiting India during holi festival (When and which parts of India celebrate Holi?)

According to the Hindu calendar, the day of Holi is the Phalgun Poornima (full moon) which generally arrives in March. The exact dates by the Georgian Calendar tend to vary.

The entire nation celebrates Holi, though it is a big deal in the Northern regions of India. Places like Andhra Pradesh, Bengal, Uttar Pradesh, Bihar, Gujarat, Haryana, Himachal Pradesh, Madhya Pradesh, Maharashtra, Manipur, Orissa, Punjab, Rajasthan and also in the southern state of Tamil Nadu celebrate this festival with all their might. Some tribes in the Northeast also celebrate this festival of colours. The biggest celebration happens in Mathura-Vrindavan, Pushkar and Varanasi.

From a western tourists perspective being anywhere in Rajasthan is a fantastic idea for Holi. Especially in small towns like Pushkar, Jaisalmer, Jodhpur and Udaipur.

You can browse through our extensive North India travel routes here for travel ideas. Or just hit the Plan You Trip button to start planning your trip to India around Holi. 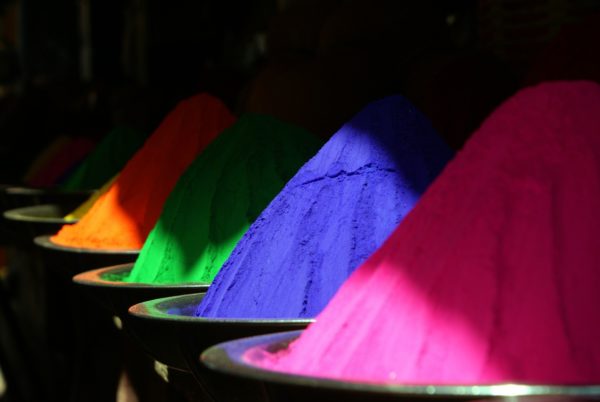 Visiting India during holi festival (How?)

People are extremely enthusiastic about celebrating Holi. Especially kids and youngsters, whom you’ll find filling water balloons from the night before. Communities of any kind, be it families, friends, housing societies, temple groups etc, organise for this day weeks in advance. They come together, serve thandai (a milk beverage with spices and dry fruits) and bhang (a milk beverage with cannabis paste), dance in artificial rain, play with water guns and throw colours at each other.

The games mostly happen in the mornings and the afternoons are to relax and wash off the colours. Taking off the colours can be a tedious task and can take hours and you may not be successful as well. In some places, there are also processions in the temples but the festival seems all together way less religious than other holy days.

Look at celebrating another festival in India? Diwali is one of the biggest festivals in India and a great time to visit India. 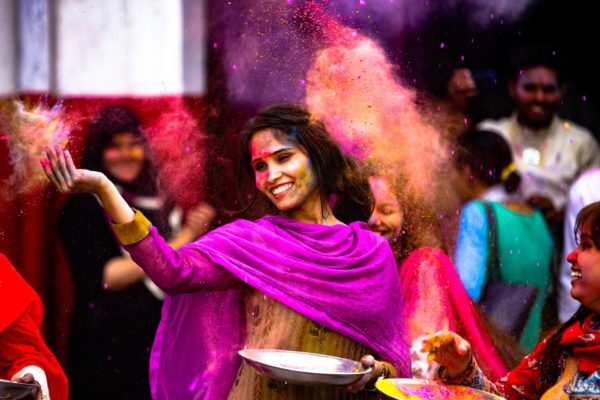 Best places to celebrate Holi while in India?

North India is by far the most colourful and exuberant during Holi. There’s something special about the way Holi is celebrated in Pushkar and Udaipur in Rajasthan and Varanasi in Uttar Pradesh. These are our favourite at India Someday for places to be during Holi. Other cities where you can be part of the true Holi spirit are Jaipur, Jaisalmer and Jodhpur in Rajasthan. The cities of Mumbai and Delhi share the common spirit too. Mathura-Vrindavan has the biggest public celebration and therefore it could get out of hands. There are many safety issues here, especially for women and girls. We would NOT recommend this!

If you’re interested in a trip around Rajasthan to the mentioned cities and more, check on the best places in the region and different travel routes. 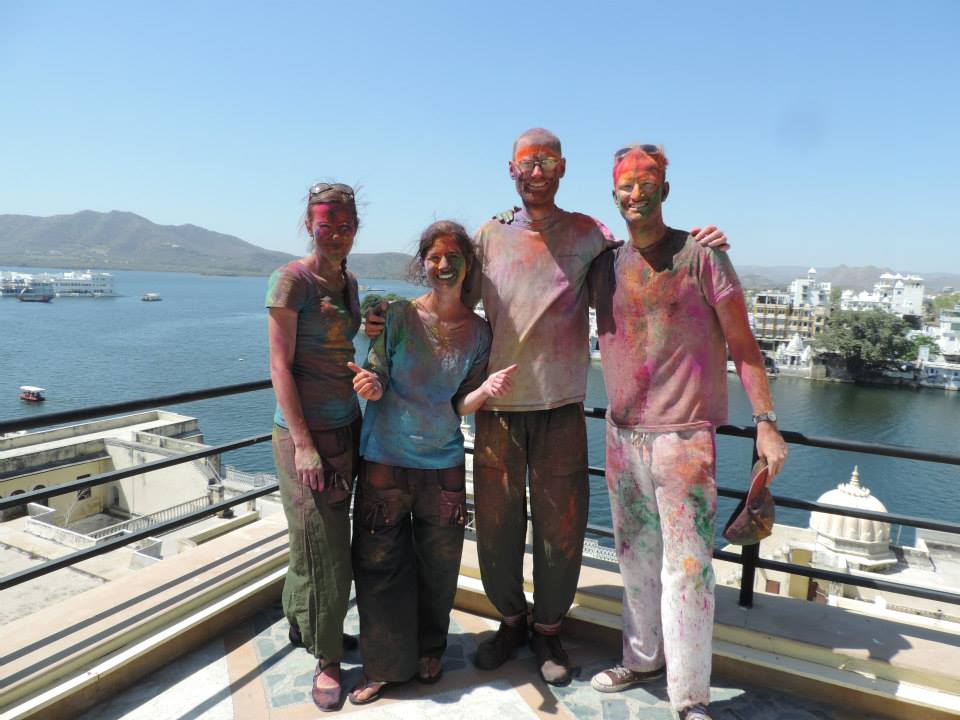 Precautions while celebrating Holi in India

If you’re a single girl, try to stick around with people you know well and are comfortable with. Don’t venture into public places alone as there are going to be many inebriated men all over the place. You don’t want to have your celebration ruined by some roadside romeos who are high on bhang or alcohol and have no idea of what they’re doing. They tend to get aggressive so it’s better to steer clear. If you really want to take a walk, go early in the morning and come back before the celebrations kick in.

We would recommend to avoid getting colour into your eyes, use only organic colours and drink only as much bhang as you can handle. Accordingly, don’t get high and jeopardize your safety, stick with your friends and be careful of spiked thandai or drinks. All in all, if you’re careful you’ll have a great time for sure! 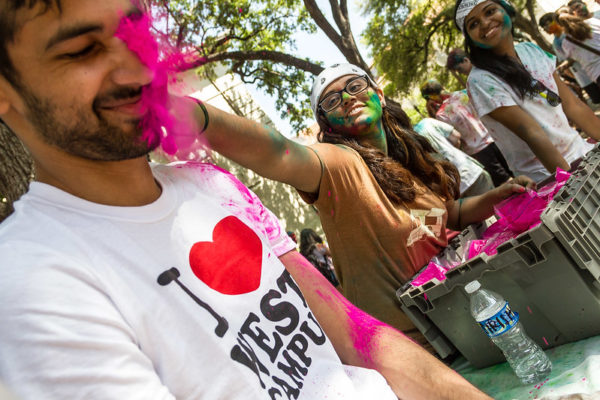 India Someday can help you plan a great time during the Holi Festival in India. Plan Your Trip to India with us now and we can advise you how to fit the party in.

Can’t come in March? Read here about other Indian festivals.