Murud Janjira Fort - Getting there, Things to do & Travel tips.
4.8 rating based on 1,234 ratings

If you’re travelling to Maharashtra, or along the Konkan coast of India, the coastal town of Murud ought to make it to your itinerary. 160 kms from Mumbai and 50 kms from Alibaug, it is located in the Raigad district of Maharashtra. The drive along the coast is breathtakingly beautiful with scenic beaches and quaint towns along the route. The Murud – Janjira Fort is the prime highlight of this tourist hotspot.

Originally known as the Janjira Fort, it is one of the strongest marine forts of India. An architectural beauty in the Arabian sea, off the coast of Murud, the fort is about 50 feet high. Originally built by the sultans in the 17th century, the fort was eventually conquered by the Marathas and has remained unconquered since. The majestic Murud – Janjira fort is 15 minute boat ride away from the coastal town of Murud. It has a rich, diverse culture and a fascinating history. It is undoubtedly one of the most beautiful towns along the Konkan coast. Being a popular tourist destination, the locals here are warm and welcoming. 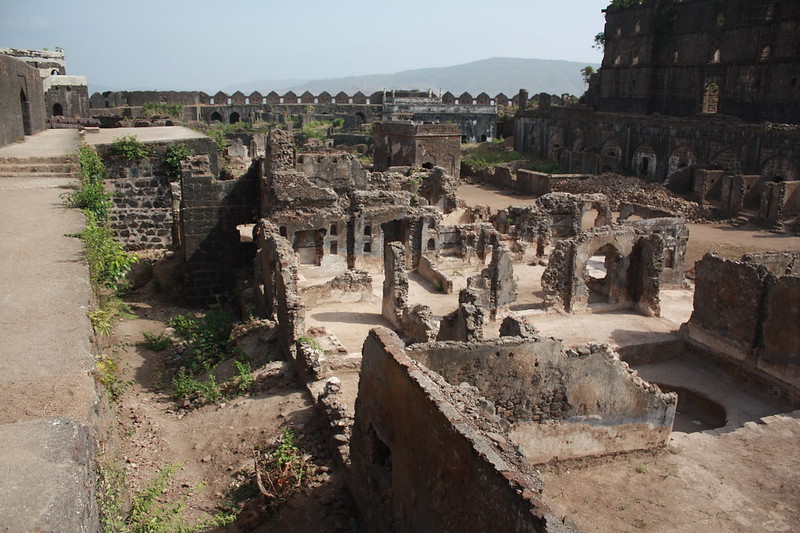 Remains of the Majestic Murud Janjira fort off the coast of Murud.

how to reach the MURUD – JANJIRA FORT

Murud is just 50 km from Alibaug. The nearest airport to this town is Mumbai which is 160 kms away. On the other hand, Roha is the nearest station north of Murud and is only an hour away. Besides this, there are government buses to Murud at regular intervals, but the frequency varies in the monsoon season. Given the condition of the roads along this route, a private vehicle is highly advisable.

As the coastal route passes through the western ghats, be ready for a roller coaster ride and sharp turns. The scenic view of the coast is definitely worth the bumpy ride. You could make a few stops along the way while visiting the Murud Janjira fort. Kashid beach is the ideal stop for a light snack, with local food stalls, hammocks and benches along the beach.

Entry: The entry to the fort is free, however, the ticket fare for the boat ride ranges between INR 20 – 50. 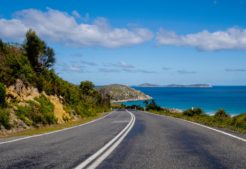 The scenic road trip to the Murud Janjira Fort, along the Konkan coast _ Credits: pixabay.com

History OF THE MURUD – JANJIRA FORT

The Murud Janjira Fort was built in the second half of the 17th century under the administration of the Sultan of Ahmednagar. After several conflicts that took place around the fort, the Siddis succeeded in conquering it. They had complete control and domination over the Murud – Janjira Fort for over 100 years. They defended it with all their might, defeating enemies like the Portuguese, Britishers and the Marathas.

The Siddis and Peshwa Bajirao of the Marathas fought a battle in 1736. The long drawn battle ended with the Marathas emerging victorious. Despite the decline of the Maratha empire, the fort remained unconquered for decades. Finally, post independence, the Murud Janjira Fort became a part of the India Territory. It is now a treasured gem, an architectural marvel with a fascinating history.

structure of the fort

The name Murud – Janjira is derived from the Arabic word ‘Jazeera’ which means Island. Murud Janjira Fort was home to approximately 572 cannons, used to launch cannonballs on the enemy army. Of the 572 cannons. only 3 cannons exist presently. Namely, the Kalalbangadi, Chavri and Landa Kasam, located at the very top of the fort. Given their massive size and fascinating history, these cannons continue to be a popular tourist attraction.

Besides this, the fort was also home to some of the most splendid tombs, water tanks, and a few stone sculptures. The entrance gate, known as “Sher Darwaza” (Tiger’s Door), is the most well-known gate of the fort. It is adorned with a small sculpture of six elephants and a tiger. The fort gates faced Rajapuri, a small coastal village, just 4 km from Murud city. The boats to the fort are still operational from Rajapuri. The second popular gate is the “Darya Drawaza”, which opens to the other side of the fort, leading to the sea. This was used as an escape route in the time of battle. 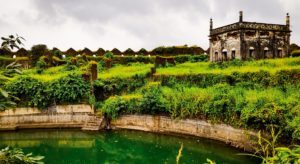 The Food in murud

Seafood is a must-try while visiting the coastal city of Murud. You’re spoilt with choices when it comes to eating near the Murud – Janijira Fort, with ample of sea facing restaurants. The coastline is dotted with food stalls, cafes and restaurants. Food enthusiasts are in for an absolute treat. Some of the popular local delicacies that you ought to try include, Valva, Konkani Fish Curry, Poha, Misal, among others.

The food available in Murud is simple and yet just as tasty. Surprise yourself, let lose and get a taste of the authentic local cuisine instead of playing safe. 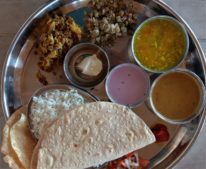 Murud is one of the most beautiful cities along the Konkan coast. Make sure you add this quaint town to your itinerary while travelling to Maharashtra. This majestic coastal town has a fascinating history. For more information and suggestions on such beautiful offbeat places in India, get in touch with our team! Let us help you explore the unexplored and unveil the hidden gems that our country has to offer. 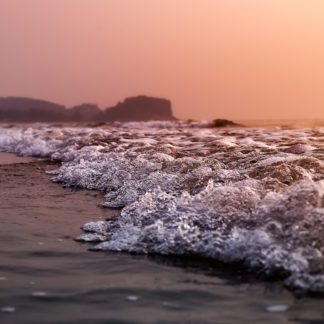 9 best beaches on the Konkan region in India 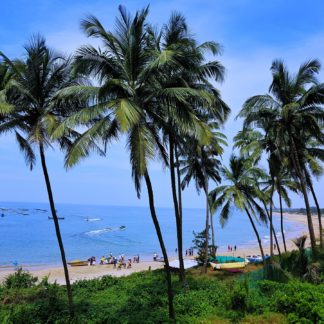 Getting from Mumbai to Goa 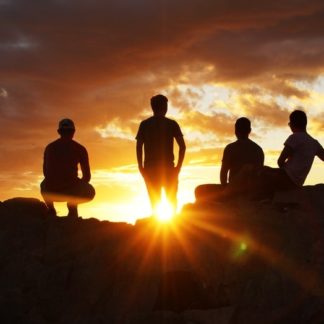 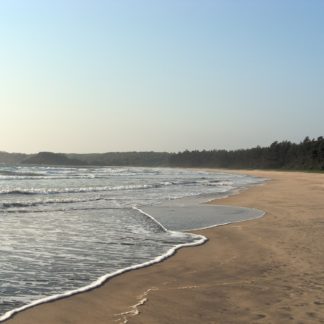 Getting to know Alibaug and more!
END_OF_DOCUMENT_TOKEN_TO_BE_REPLACED 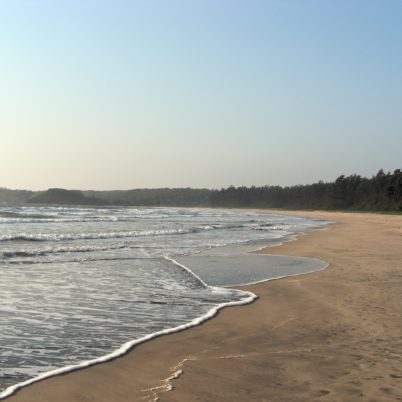 Getting to know Alibaug and more!

Mumbai is one of the largest and busiest cities in India, the city tha..... 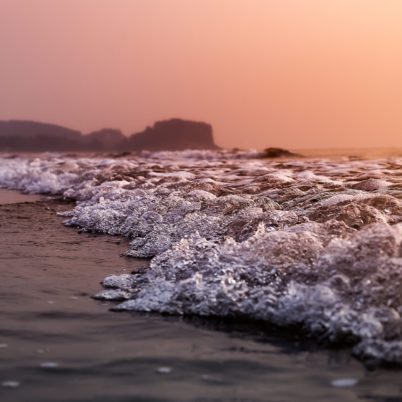 9 best beaches on the Konkan region in India

Tourists from all over the world travel to India for an exotic vacatio..... 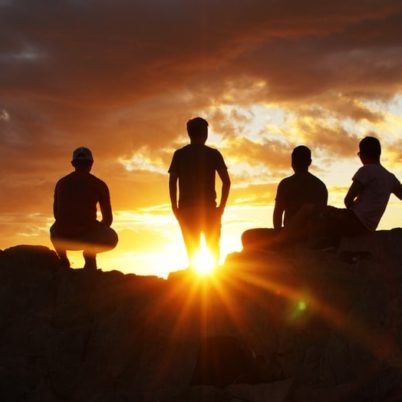 Every once in a while, you deserve a serene escape from the fast-paced..... 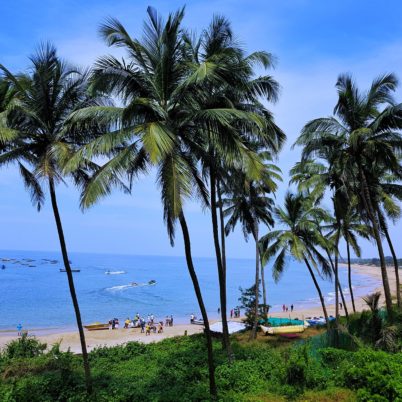 Getting from Mumbai to Goa

This article will give you some insight into the best ways to get from.....