It seems like every day is some type of holiday or festival here in India. From Jain holidays to Krishna celebrations, festivities abound. Many Jain folks fast for 8 days before this. 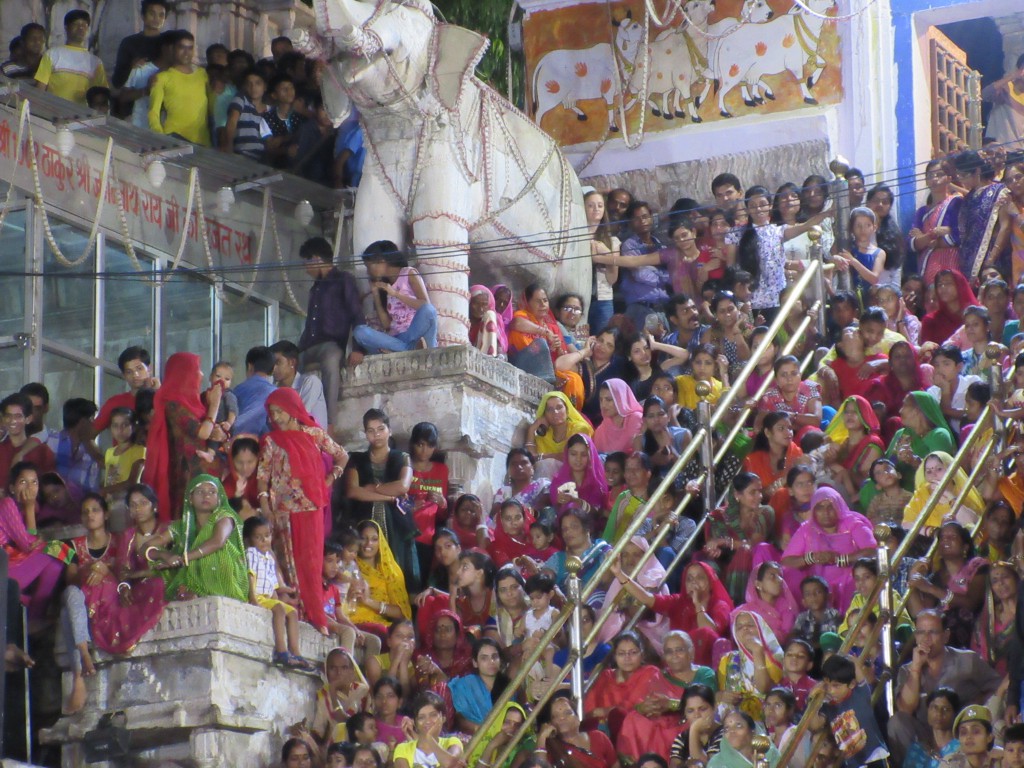 Just when I thought I had a full Janmashtami experience at the community celebration in Ahmedabad, I immediately got a sense that the Jagdish Temple festivities in Udaipur would be quite a wonder. And I sure was right. There were colourfully dressed men, women, and children. With amplified music, the clay pot dangling up above the public square, shiny streamers and lights. It was a buzz of festival-like energy that was constant.

I was told that after 06:00 PM the festivities would really get started. They would end by around 08:15 PM or whenever the pyramid of boys grew tall enough to knock the clay pot of yoghurt down. 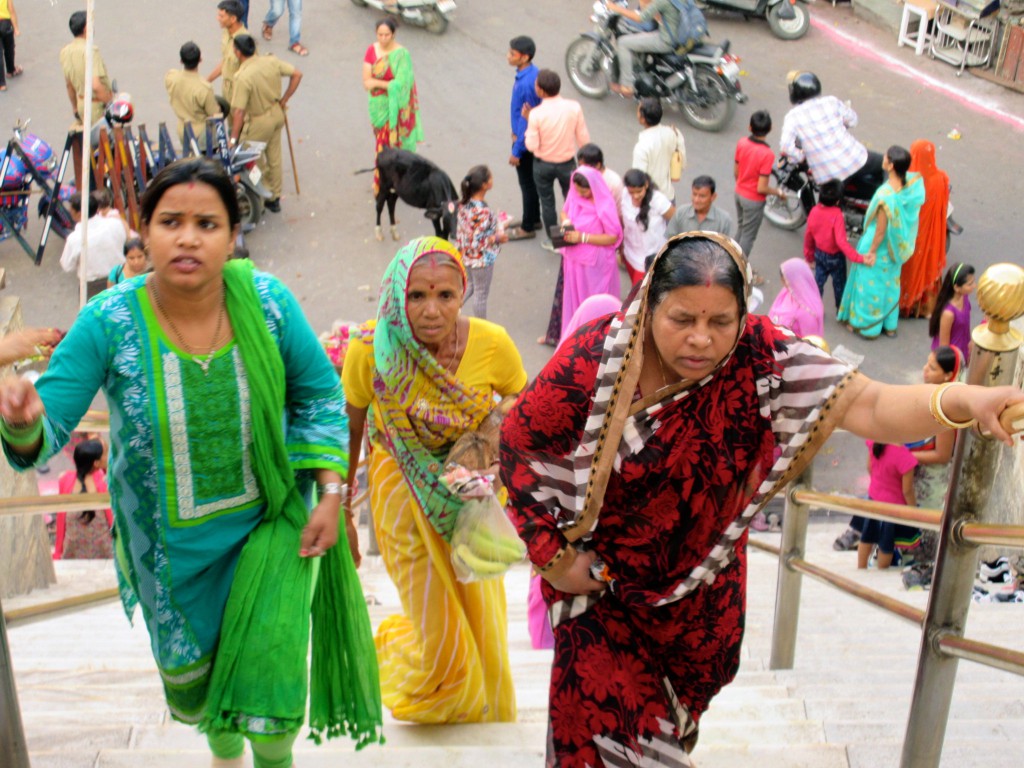 I made my way over at around 7:00/7:30 and joined the dense crowd of spectators. I wish I could have somehow made it to one of the many balconies overflowing with onlookers. Instead, I found myself a spot where the visibility wasn’t bad and there was actually some room for breathing. That changed pretty quickly! I rarely go deep into tightly crowded spaces unless I feel I have a very clear path to exit. But this seemed like a pretty special opportunity, and I decided to stick it out.

I was able to hold my camera up high and snap some good shots. I’d been warned about unwanted gropes. Accordingly, I had purposely placed myself near women to avoid any unwanted situation.

The crowds roared with enthusiasm! The catchy music played loudly and there was lots of call and response. It was similar to the community celebration in the Ahmedabad slum.

Check out these videos I took:

The boys made pyramids that grew taller and taller and the crowd got tighter and tighter. It was still nowhere near the clay pot. It was exhilarating to join in the excitement. Yet still, anxiety-provoking to be in the increasingly crowded audience. Not to mention the sweat literally dripping from my body.

I would think it was as cramped as humanly possible. And then dozens of more people would push their way towards me from both sides. I loved the experience though was horrified at the same time. I finally retreated, recognizing how much longer it would take. Plus, I had exciting dinner plans with a friend, of my New York friend, Aditi.  I was so grateful to her for the connections she made for me.

I finally pushed and squeezed my way out of the crowds (not an easy feat), and enjoyed another vantage point from the distance. 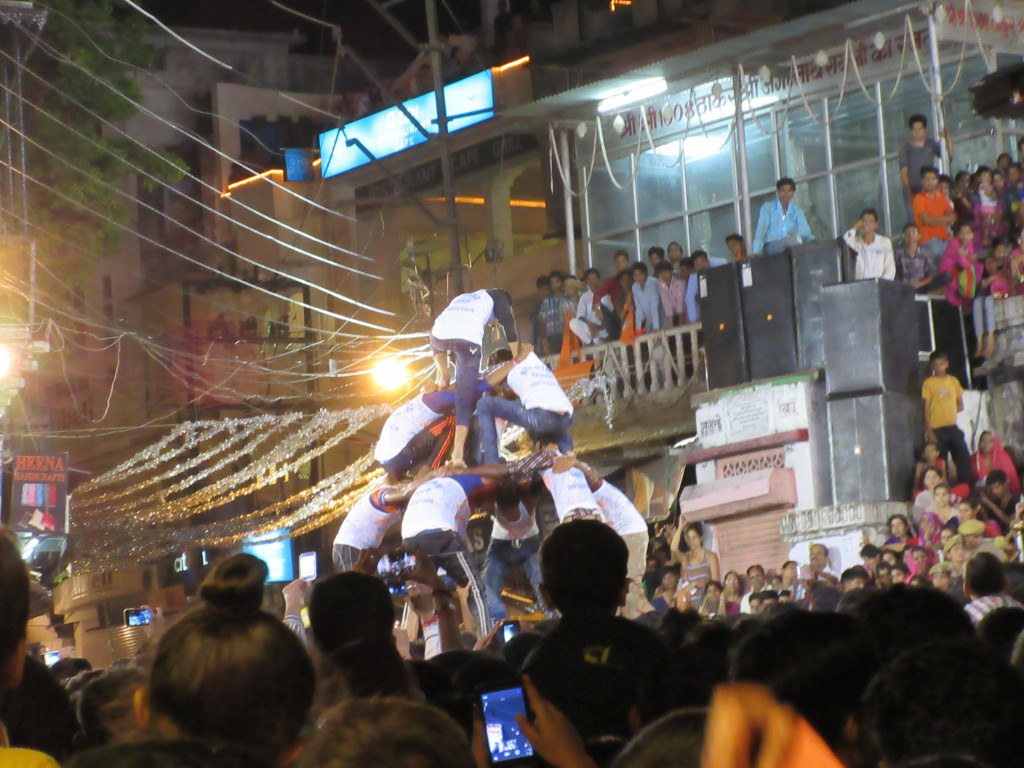 I worked my way through the maze of crooked streets and headed to Jaiwana Haveli to meet Aditi’s friend Yash. His family has been living there for generations. His family also runs a beautiful hotel with stunning views overlooking the lake and the palace. We met up on the roof and enjoyed a refreshing Kingfisher, some decent conversation and yet another scrumptious meal, the highlight of which was the Chilli Paneer. 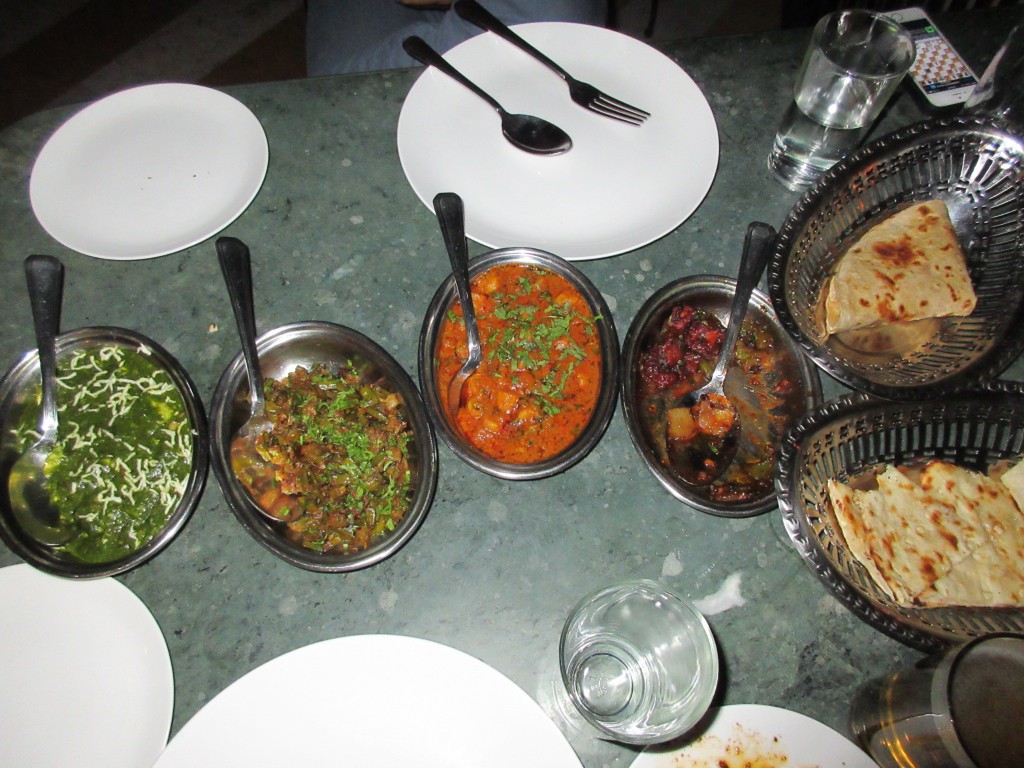 I walked myself back to Madri Haveli through the windy maze. Along the way, I was excited for a much-needed shower and rinsing of my sweat-filled clothes. I learned later that it took the boys 40 tries to make a pyramid tall enough to reach the clay pot. So glad I left when I did!

Super thankful for the A/C in my room, I slumbered well and woke to yet another delicious breakfast! This time enjoyed it with Rajesh and Shankar Singh Charan, manager of the Madri Haveli. I went to check out Rajesh’s impressive gallery and was picked up there for my next adventure – the Krishna Ranch.

Thank you You Wander We Pay.